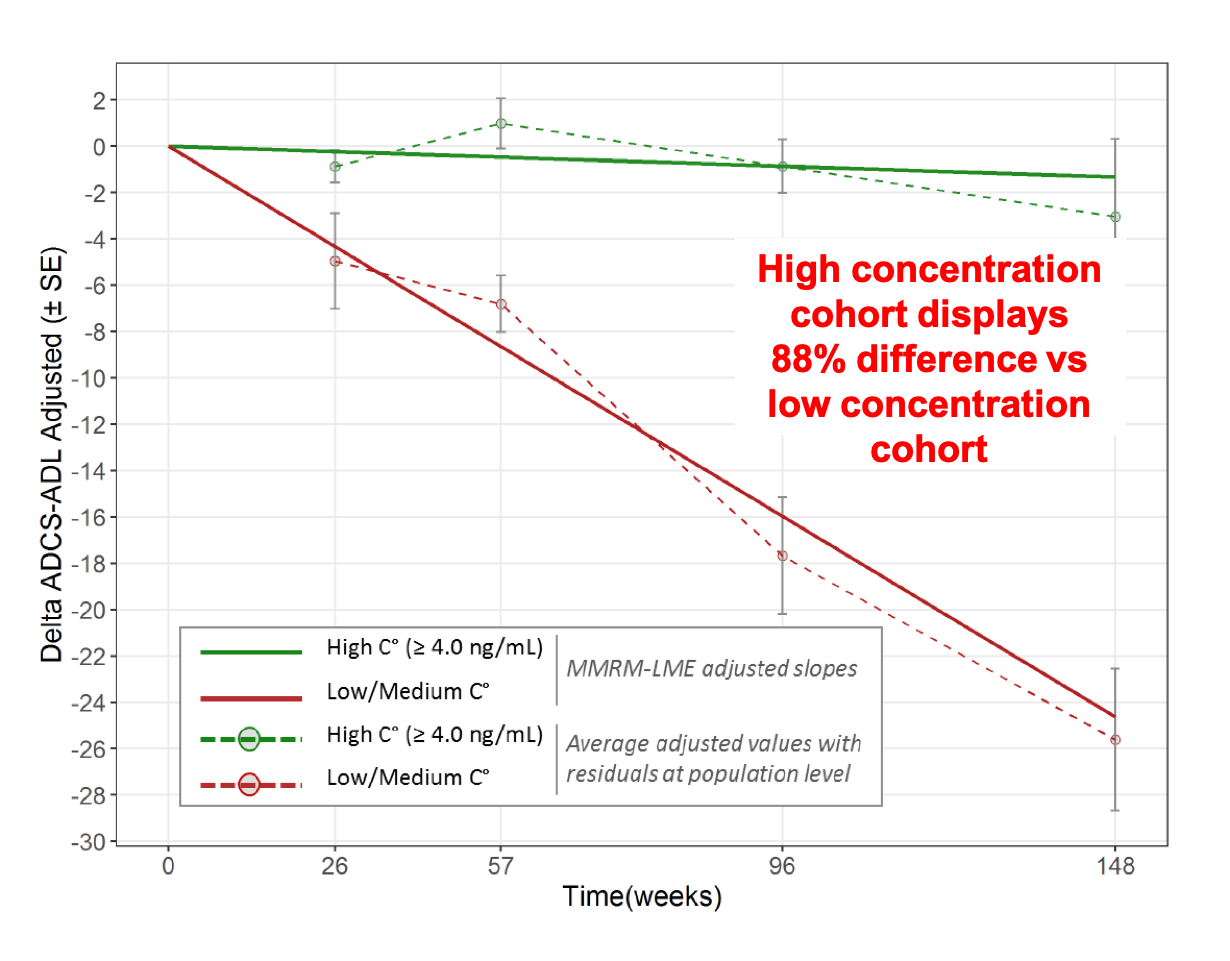 In contrast to the vast majority of communications at CTAD 2018, the presentation focused on a novel drug target (SIGMAR1), the use of genomic biomarkers, rather than surrogates of response, and demonstrated the ability of the precision medicine approach to confirm significant drug response effects. The observed 3-year effect was large: 88% improvement compared to lower dose for ADCS-ADL (p<0.0001) and 64 % less decline for MMSE (p<0.0008).

“We are excited to see our initial biomarker hypothesis confirmed at 148 weeks. The biomarkers were selected through a data driven unbiased systematic analysis of all available genomic and clinical data, identifying a genomic alteration of SIGMAR1, the putative target of ANAVEX 2-73. The consistency of the DNA and RNA data, as well as multiple end-points and time-points further strengthen this biomarker hypothesis.” Mohammad Afshar, MD, PhD, CEO of Ariana Pharma.“This innovative data analytics approach, using our KEM® Artificial Intelligence platform has the potential to expand the access to precision medicine and precision pharmacology for a wide range of neurodegenerative diseases, thus, identifying the right patients that can benefit from the right therapy, at the right moment.” he added.

M. Afshar, MD, PhD, CEO of Ariana Pharma, presenting presenting Anavex(R) 2-73 results at CTAD 2018
“We are encouraged by these data which now show the clinical impact of ANAVEX®2-73 on patients who have been receiving therapy for almost three years,” Christopher U Missling, PhD, President and Chief Executive Officer of Anavex. “We continue to build on the body of clinical evidence to support the development of ANAVEX®2-73 as we further our recently initiated Phase 2b/3 study, and we will continue our targeted precision medicine approach to advance ANAVEX®2-73 as a potential therapeutic option for patients with Alzheimer’s disease who will most benefit from treatment.”
More Information about KEM AI